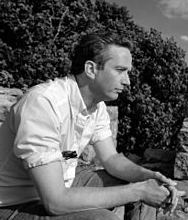 John Grazier was born in Long Beach, NY in 1946. An American realist painter, working with India ink airbrush, pencil and oil paint, Grazier studied at the Corcoran School of Art, and in 1971-72 he attended the Maryland Institute College of Art. He has been awarded grants from the National Endowment for the Arts (1974) and the Pollock-Krasner Foundation.

His works, “House on a Hill in a Dream” (1974) and “Memory of a Porch” (1976), are in the permanent collection of the Smithsonian American Art Museum. “End of the Line” (1980) is in the Art Institute of Chicago. “Breaking Up” (1976) and “Memory of a Porch (1975) are in the National Gallery of Art. The drawing “Passing Windows in Fall” is included in the Hechinger Collection “Tools as Art.” His works are also included in the permanent collections of the Library of Congress, the National Law Enforcement Museum in Washington, DC, and the Arkansas Arts Center. Two of his works, “Untitled” and “Rattling Windows”, are included in the Pollock-Krasner Foundation image collection.